In 1971, when the Pakistani army had invaded the Whole Bangladesh and curfew was a everyday life scenario , people tried to get hope from the Bangladesh Radio. Bangladesh radio indeed possess a glorious image and a great contribution during the liberation war. 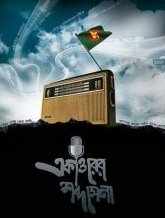 It was the only media that reached the remote area of the country and people regarded it as their hope and source of authentic news and views. It directly played a vital role for the freedom of Bangladesh.

Bangladesh Radio’s glorious role in the Liberation War began with the call of independence from Radio Pakistan, Chittagong and that event made the whole nation so fervor and hopeful to finally achieve a free country, Bangladesh. After the formation of Mujibnagar Government on 17 April 1971,  Radio Center of Independent Bangladesh started broadcasting from 25 May 1971, the birth date of the National poet Kazi Nazrul Islam.