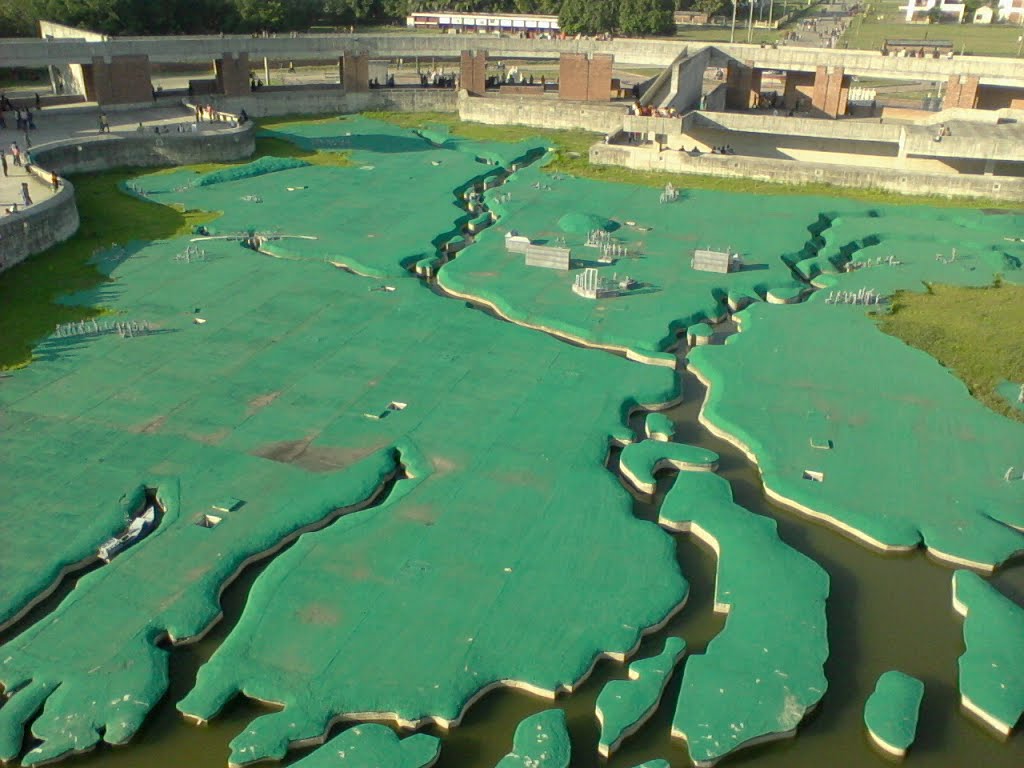 http://www.mujibnagar.com/Remnants of civilization in the greater Bengal region date back four thousand years, when the region was settled by Dravidian, Tibeto-Burman, and Austro-Asiatic peoples. The exact origin of the word "Bangla" or "Bengal" is not known, though it is believed to be derived from Bang, the Dravidian-speaking tribe that settled in the area around the year 1000 BC.

The kingdom of Gangaridai was formed from at least the 7th century BC, which later united with Bihar under the Magadha, Nanda, Mauryan and Sunga Empires. Bengal was later part of the Gupta Empire and Harsha Empire from the 3rd to the 6th centuries CE. Following its collapse, a dynamic Bengali named Shashanka founded an impressive short-lived kingdom. After a period of anarchy, the bengali Buddhist Pala dynasty ruled the region for four hundred years, followed by a shorter reign of the Hindu Sena dynasty. Medieval European geographers located paradise at the mouth of the Ganges and although this was overhopeful, Bengal was probably the wealthiest part of the subcontinent up until the 16th century. The area's early history featured a succession of Indian empires, internal squabbling, and a tussle between Hinduism and Buddhism for dominance.

Islam was introduced to Bengal in the 12th century by Arab Muslim merchants; Sufi missionaries and subsequent Muslim conquests helped spread Islam throughout the region. Bakhtiar Khilji, a Turkic general, defeated Lakshman Sen of the Sena dynasty and conquered large parts of Bengal in the year 1204. The region was ruled by dynasties of Sultans and land lords Bhuiyan for the next few hundred years. By the 16th century, the Mughal Empire controlled Bengal, and Dhaka became an important provincial centre of Mughal administration.

Sixty Dome Mosque in Mosque city of Bagerhat was built in the 15th century and is the largest historical mosque in Bangladesh, as well as a World Heritage site.

European traders arrived late in the 15th century, and their influence grew until the British East India Company gained control of Bengal following the Battle of Plassey in 1757. The bloody rebellion of 1857 – known as the Sepoy Mutiny – resulted in transfer of authority to the crown with a British viceroy running the administration. During colonial rule, famine racked the Indian subcontinent many times, including the Great Bengal famine of 1943 that claimed 3 million lives.

Between 1905 and 1911, an abortive attempt was made to divide the province of Bengal into two zones, with Dhaka being the capital of the eastern zone. When India was partitioned in 1947, Bengal was partitioned along religious lines, with the western part going to India and the eastern part (Muslims majority) joining Pakistan as a province called East Bengal (later renamed East Pakistan), with its capital at Dhaka.

In 1950, land reform was accomplished in East Bengal with the abolishment of the feudal zamindari system. Despite the economic and demographic weight of the east, however, Pakistan's government and military were largely dominated by the upper classes from the west. The Bengali Language Movement of 1952 was the first sign of friction between the two wings of Pakistan. Dissatisfaction with the central government over economic and cultural issues continued to rise through the next decade, during which the Awami League emerged as the political voice of the Bengali-speaking population. It agitated for autonomy in the 1960s, and in 1966, its president, Sheikh Mujibur Rahman (Mujib), was jailed; he was released in 1969 after an unprecedented popular uprising. In 1970, a massive cyclone devastated the coast of East Pakistan, killing up to half a million people, and the central government responded poorly. The Bengali population's anger was compounded when Sheikh Mujibur Rahman, whose Awami League won a majority in Parliament in the 1970 elections, was blocked from taking office.
After staging compromise talks with Mujib, President Yahya Khan arrested him in the early hours of 26 March 1971, and launched Operation Searchlight, a sustained military assault on East Pakistan. Yahya's methods were extremely bloody, and the violence of the war resulted in many civilian deaths . Chief targets included intellectuals and Hindus, and about ten million refugees fled to neighbouring India. Estimates of those massacred throughout the war range from three hundred thousand to 3 million.

Before his arrest by the Pakistan Army, Sk. Mujibur Rahman formally declared the independence of Bangladesh, and directed everyone to fight till the last soldier of the Pakistan army was evicted from East Pakistan. Awami League leaders set up a government-in-exile in Calcutta, India. The exile government formally took oath at Mujib Nagar in Kustia district of East Pakistan on 17 April 1971, with Tajuddin Ahmad as the first Prime Minister.

The Bangladesh Liberation War lasted for nine months. The Bangladesh Forces formed within 11 sectors led by General M.A.G. Osmani consisting of Bengali Regulars, and Mukti Bahini conducted a massive guerilla war against the Pakistan Forces with all out support from the Indian Armed Forces. Jointly, the Mitro Bahini achieved a decisive victory over Pakistan on 16 December 1971, with Indian Armed Forces taking over 90,000 prisoners of war.

After its independence, Bangladesh became a parliamentary democracy, with Mujib as the Prime Minister. In the 1973 parliamentary elections, the Awami League gained an absolute majority. A nationwide famine occurred during 1973 and 1974, and in early 1975, Mujib initiated a one-party socialist rule with his newly formed BAKSAL. On 15 August 1975, Mujib and most of his family members were assassinated by mid-level military officers. A series of bloody coups and counter-coups in the following three months culminated in the ascent to power of General Ziaur Rahman, who reinstated multi-party politics, and founded the Bangladesh Nationalist Party (BNP). Zia's rule ended when he was assassinated by elements of the military in 1981.

Bangladesh's next major ruler was General Hossain Mohammad Ershad, who gained power in a bloodless coup in 1982, and ruled until 1990, when he was forced to resign after a massive revolt of all major political parties and the public, along with pressure from western donors (which was a major shift in international policy after the fall of the Soviet Union). Since then, Bangladesh has reverted to a parliamentary democracy. Zia's widow, Khaleda Zia, led the Bangladesh Nationalist Party to parliamentary victory at the general election in 1991, and became the first female Prime Minister in Bangladeshi history. However, the Awami League, headed by Sheikh Hasina, one of Mujib's surviving daughters, won the next election in 1996. It lost again to the Bangladesh Nationalist Party in 2001.

On 11 January 2007, following widespread political unrest, a caretaker government was appointed to administer the next general election. The country had suffered from extensive corruption, disorder and political violence. The new caretaker government has made it a priority to root out corruption from all levels of government. To this end, many notable politicians and officials, along with large numbers of lesser officials and party members, have been arrested on corruption charges. The caretaker government held what observers described as a largely free and fair election on 29 December 2008. Awami League's Sheikh Hasina won the elections with a landslide victory and took the oath of Prime Minister on 6 January 2009.